“Mr. Speaker, I was sent here not to make Government a special interest group with special exemptions, but to make the Government live by the same rules as everyone else.” – Rep. Paul Terry, NH House speech, February 23, 2021 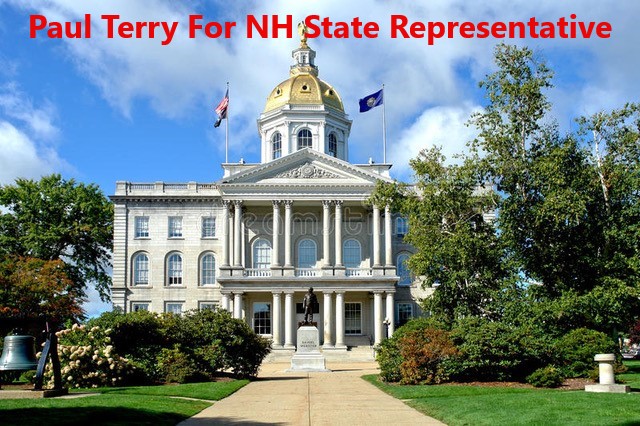 I am running for re-election to represent the citizens of Alton and Barnstead so that together we might continue to hold highly the torch of liberties and freedoms that have inspired and motivated generations of New Hampshirites.  The hope and inspiration provided by its light is needed now more than ever.

President Calvin Coolidge said, “Patriotism is easy to understand in America. It means looking out for your country. In no other nation on earth does this principle have such complete application.”

From Durham to Bedford and finally back in the State Capitol in Concord, I have worked for the past two years to look out for our country, our beloved state, and you. While much good was done, it needs to be just the beginning of an era of new greatness and national leadership by and for the people of New Hampshire.

I have a proven record of service, leadership, and accomplishment and am eager to continue to bring to Concord my energy, skills, and commitment to work for you in building a stronger New Hampshire, rooted in:

ALL THE WAY TO THE

STANDING UP FOR
AMERICA 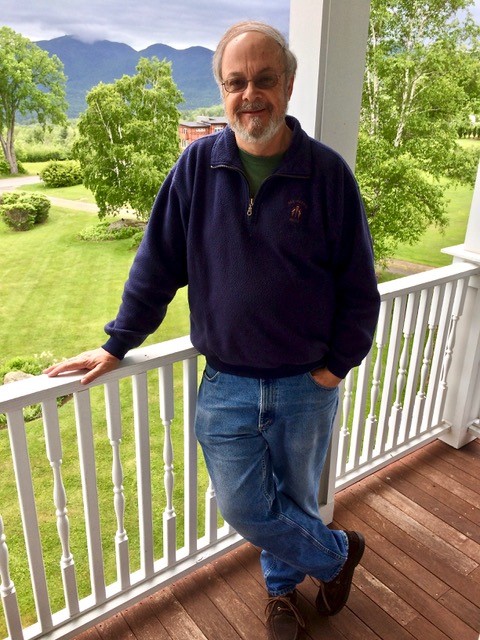 To my Fellow Residents of Alton and Barnstead:

Welcome and thank you for your interest in me and my candidacy for
re-election to the New Hampshire House of Representatives from Belknap District 7!

I have been married happily to wife my, Priscilla, since 1975. We have three wonderful adult children and five energetic grandchildren.
Ever since I was a child I have looked affectionately upon New Hampshire. My parents were not well enough off to own property and a second home here, but coming to New Hampshire on family vacations always was a highlight of the year in those years they were able to afford a visit. Living here is the realization of a life long dream.

I will be eternally grateful to God for my parents’ love and sacrifice to give me the opportunity to live a full life. While they made education beyond high school possible for me, my life has been shaped and influenced by their examples of hard work. One of my all time favorite jobs was working with my grandfather as a bricklayer’s apprentice.

I am running for reelection to the New Hampshire House because I love our state and its citizens. I want to work-and fight, if and when necessary-to preserve our historic values of individual freedom, personal responsibility, proud local communities and amazing personal creativity.

As a lifelong conservative Republican, you will be able to count on me to ensure that the voices of Alton and Barnstead citizens will be heard in Concord, partnering with other local elected state officeholders, town officials and a stronger Republican majority to make our state and towns even better places to live, work and raise families.

"We here highly resolve that these dead shall not have died in vain - that this nation, under God, shall have a new birth of freedom - and that government of the people, by the people, for the people, shall not perish from the earth."

State budgets don’t increase only due to inflation or population. State budgets increase to fund more state programs, more mandates on towns and cities and more loyal state employees to oversee both.  Larger budgets require more money, YOUR money.  While your personal and family budgets go up AND down, depending upon your circumstances, have you noticed how rare it is for state budgets to go down?

I voted with other Republicans to REDUCE the Business Enterprise Tax and the Business Profits Tax, helping New Hampshire remain competitive regionally and help attract better paying jobs. I helped shape a bill and then voted with other Republicans to loosen regulations on homestead food operations. I joined Republican colleagues and lowered the Meals and Rooms Tax Rate, leaving more of your money in your pockets.

The framers of the federal Constitution included the Second Amendment protections because they had just fought and won a costly war against a tyrannical monarch and his government.  They understood the danger of trusting that the government would always be good and just. A well-armed law abiding citizenry helps to ensure constitutionally protected rights and freedoms. The use of legally owned firearms can provide personal protection in life or death situations, as well as provide owners hours of enjoyment hunting and target shooting. As the Second Amendment to the Constitution, the Framers made this right one of the bedrocks of individual liberty and freedom. Together, we must guard and preserve it against the continuing efforts to undermine and eliminate it.

We all want the best education possible for our children because we love them and want the best for them and the state’s future.  I believe the record shows that the best thing we can do for public education is to promote school choice, including private schools, home schooling, technical and trade schools.  In almost every area of life, we know that competition stimulates innovation, higher standards and better overall performance.  Supporting school choice will provide the incentives to make all schools better.

Our police, fire fighters and emergency medical providers are the backbone of our communities.  They are our neighbors and are deserving of our respect, cooperation and appreciation. Their work is demanding and frequently highly stressful, especially when they are putting their lives on the line for us. I stood with other Republicans and will continue to stand in support of those who protect, rescue and care for all of us.

Parents, Children, Families and the Right to Life for All

Adopted in 1776 by representatives from each of the 13 North American colonies of Great Britain, our Declaration of Independence affirms: “We hold these truths to be self-evident, that all men are created equal, that they are endowed by their Creator with certain inalienable Rights, that among these are Life, Liberty and the pursuit of Happiness.”

I wholeheartedly, enthusiastically and unreservedly stand with the Founders of our nation. I believe as well that every human life is a precious gift from God and should be given every opportunity to enjoy his or her inalienable right to life.

Through the years I have been a supporter of Presbyterians Pro-Life, Bethany Christian Services, Students for Life, Cornerstone New Hampshire and Care Net-RI. I made possible a matching grant campaign that resulted in Care Net being able to purchase, rather than continue making more costly lease payments for, a state of the art ultra-sound imaging device.

Building strong families is not the responsibility of Government, but Government can and must partner with individuals and organizations who are dedicated to promoting strong, vibrant and loving families- the essential foundation of our communities and nation.

GET OUT AND VOTE!

Mark your calendar and don’t forget to show your support on September 13 and November 8!

We’re getting closer every day so be sure to save the date. If you need help finding your voting location, check the directory of precinct polling places or contact your local Board of Elections for details.

Show me where to Vote 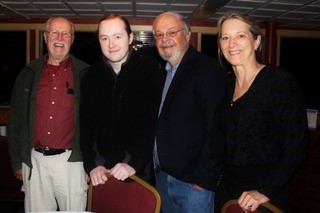 Alton, NH – With my first term representing Alton and Gilmanton in the New Hampshire House coming to its end, I am pleased to announce that I have signed up to run for a second term in the new Alton and Barnstead District.

Looking back upon the promises I made during my initial campaign I am delighted, too, to be able to ask the people of Alton and Barnstead to return me to Concord on the basis of “Promises Made. Promises Kept.”

Two years ago I pledged to be accessible and listen to all of the people who I would represent. I did so, answering or returning every phone call. I responded to every email I received, also, regardless of the person’s party affiliation or views.

I look forward to seeing and listening to many more of you than was possible during the difficult 2020 campaign season. It’s been an honor to represent and serve you, and I hope you will extend to me the privilege for yet another two years.

Paul Terry makes his home in Alton, following thirty-nine years of service to several congregations as an ordained Presbyterian minister. His formal education includes a Bachelor of Arts degree in Economics from Union College (NY), where he was graduated cum laude with departmental honors.  He studied Public Administration at the State University of New York at Albany while on the staff of the New York State Assembly Speaker, and later received a Master of Divinity degree from Gordon-Conwell Theological Seminary in Massachusetts.  Additionally, his community service record includes work on a hospital board of directors and a school board, and three terms as chairperson of his presbytery’s board of trustees. 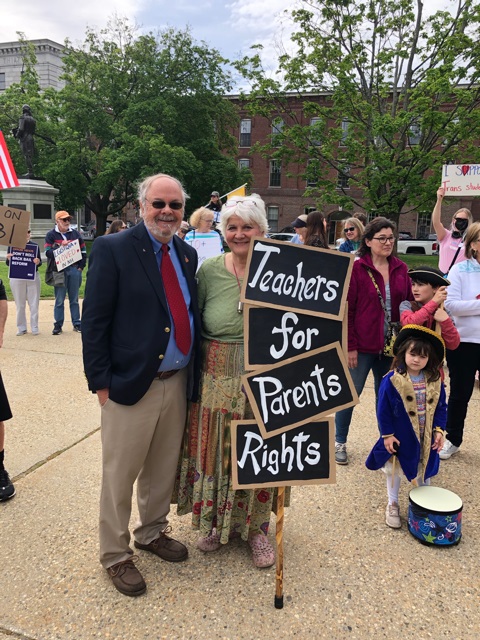 “It is with great honor that I endorse Paul Terry for re-election to the House of Representatives in District 7 – Alton / Barnstead. Paul has worked tirelessly in his first term for the people of NH and his district to secure their constitutional rights, limit wasteful spending, restrict government growth and enhance transparency. For all these reasons and more, Paul has my support and vote.

“Please accept my endorsement and support for the re-election of Paul Terry. Paul’s conservative views, ethics and dedication to the people of this state are exactly what New Hampshire needs. Paul does not waiver in his beliefs and is consistently for the people.”

“As a former resident of Boston, I never had a State Representative who shared my values. Over the past year, a few out-of-state friends suggested that I run for New Hampshire State Representative.  I told them that it wasn’t necessary since I have State Rep. Paul Terry representing me. Please join me in supporting Paul for re-election!” 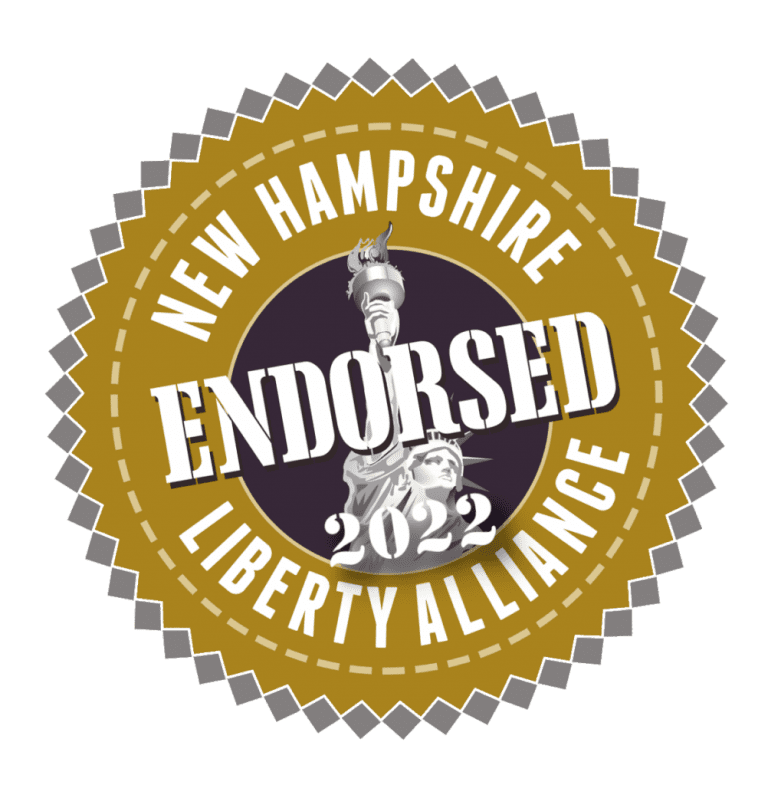 My campaign is not about making money, but it takes money to run an effective race. If you’d like to help me, I will be very grateful!

If you've never donated to a candidate, please be aware that you do NOT have to live in New Hampshire or my district to help me. Only foreign donations are not permitted. - Thanks, Paul

Here’s how you may do so:

* – Note: If you donate by credit card, a 4% plus 30 cents fee will be deducted by Anedot as a service fee.

Stay in the Know! 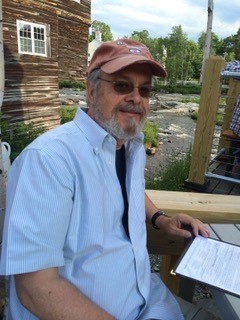 Thomas Paine wrote in 1776, “These are times that try men’s soul. The summer soldier and the sunshine patriot will, in this crisis, shrink from the service of their country; but he that stands it now, deserves the love and thanks of man and woman.”

Today we face a similar crisis that threatens our nation and state.  But just as in 1776, I believe there are many patriots among us—and we, too, can be triumphant as were our courageous Founders.

Send Us A Message...

Please message us for any more information, questions, issues or concerns

PAID FOR BY PAUL TERRY FOR STATE REPRESENTATIVE © 2020